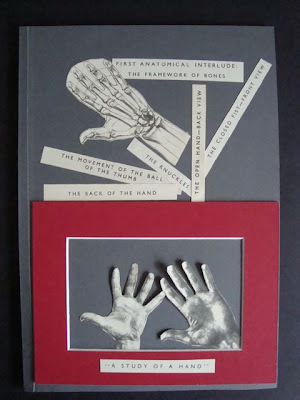 
Jack's Christmas present this year was another artbook project in the tradition of last year's Pale Star or 2006's Wolfman pop-up book. It took the form of a portfolio of cut-up prints of his poem "Britain's Missing Top Model."

You can find details about the project here, at Mosehouse Studio, and a more comprehensive set of images at Works & Days.

Here's a few to be going on with, though: 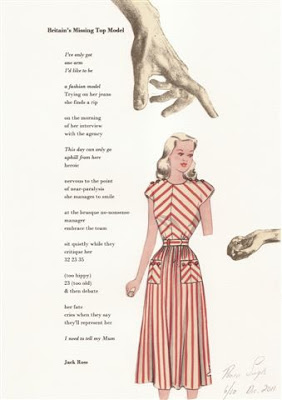 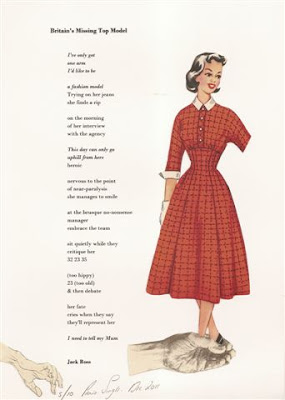 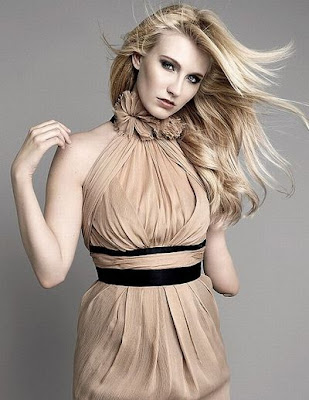 
Here's a copy of the original poem:


I've only got
one hand
I'd like to be

a fashion model
Trying on her jeans
she finds a rip

on the morning
of her interview
with the Agency

This day can only go
uphill from here
heroic

nervous to the point
of near-paralysis
she manages to smile

at the brusque no-nonsense
manager
embrace the team

her fate
cries when they say
they'll represent her

I need to tell my Mum

It was based on a British reality TV show, designed as a kind of counterblast to America's Top Model and all its offshoots. The idea (presumably) was to show the cruel discrimination practised by the fashion industry in rejecting all but the most mainstream styles of beauty.

For that reason, each of the contestants had some kind of obvious disability, as you can see in the picture below: one used a wheelchair, one had uncontrollable moodswings, one had issues with balance and mobility, and one (the winner) had a missing hand. 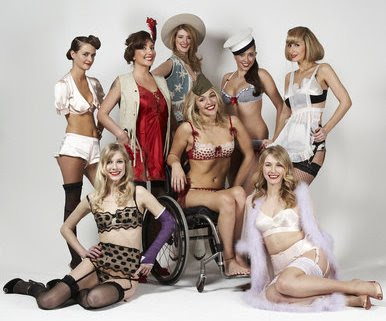 The programme's intentions were, I think, good in the main, but the fact that the most ostensibly "normal" of the contestants was the overall winner, made it increasingly resemble a cruel farce as it went along. The others sussed pretty early on that they had no real chance of making it in the fashion industry.

The sheer bravery they displayed in fronting up day after day, and going through the appalling ordeals devised for them was beyond impressive, though. You simply couldn't look away. So don't for a moment think that I'm trying to take the mickey out of them: as far as I'm concerned, every one of them is a bona fide heroine.

Whatever the defects of the programme itself, they showed a courage and poise which far transcended it. 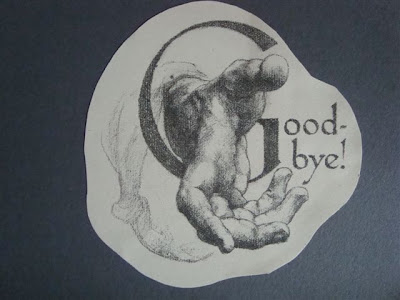 Our friend Jurgen Wegner, who wrote a nice review of Pania Press and its works to date last year, has now gone on the record again to record his impressions of Britain's Missing Top Model on the Australia & New Zealand Bookmaker site.

He says, among other things:

Auckland’s Pania Press is one of the most unusual — quirky, individualistic, feminine — presses out here in the antipodes. And I’m pleased to report that “printer” Bronwyn Lloyd has not been inactive since I described her work exactly one year ago in "The Pania Press" (The shadow-land, 30 (2011), p. [14-17]). Pania’s latest work continues with Lloyd’s unique style of mixing nicely produced volumes of poetry with an aesthetic of women’s magazines, home dressmaking pattern books, fabric scraps and paper crafts!


He does, however, also report certain difficulties in getting the site to display properly, so I hope if that's the case for anyone else, that you can write and let us know. Just because it looks fine on your own browser doesn't really mean it works for everyone else, unfortunately ...