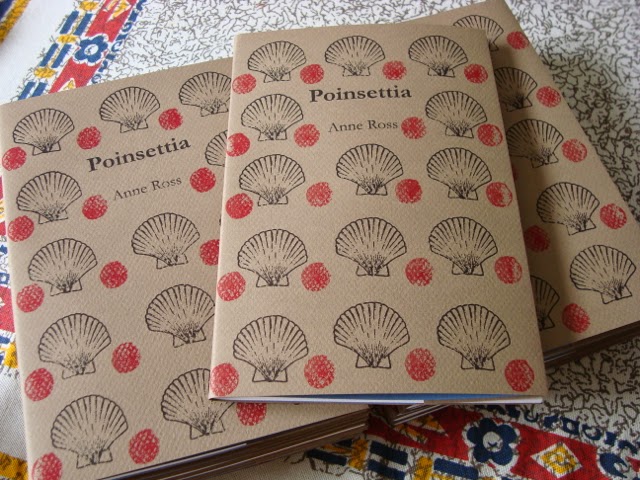 I just realised that I've neglected to write a post about a Christmas publication we produced last year as a gift edition for family and friends. The 38 page book Poinsettia: A Mermaid's Tale is an incomplete fantasy novel written in the mid-70s by Jack's sister Anne Ross (1961-91).

The story is about a highly intelligent and strong-willed mermaid called Poinsettia who rebels against the strictures imposed upon women in the walled underwater kingdom where she lives. Anne completed ten chapters of the novel, which were handwritten on the pages of a 1974 diary. 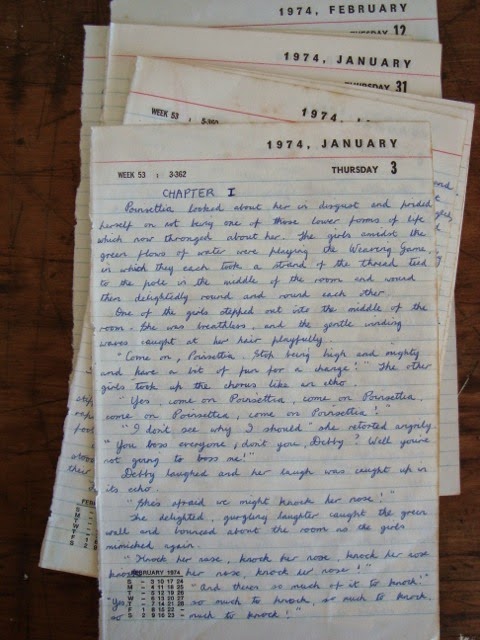 It is certainly a remarkable and accomplished piece of fiction, and hard to believe that it is the work of a teenage girl. Even though Anne never finished the novel, leaving off at a point where Poinsettia has just made her bold escape, we felt that the text, as it stands, was certainly deserving of publication.

Included in the book are a few of Anne's drawings that I came across in an old sketchbook. 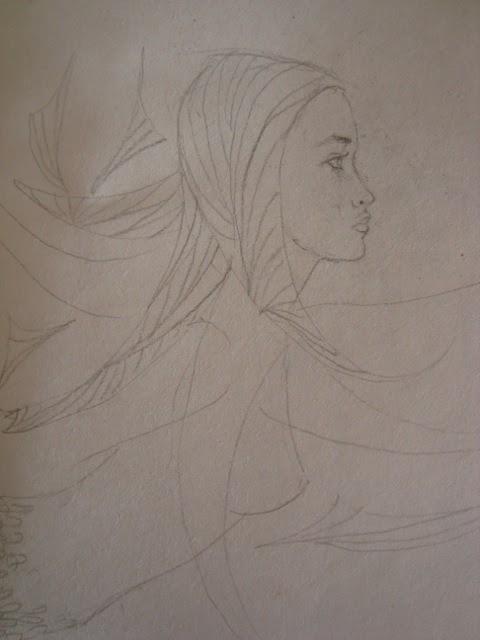 One of these (above) depicts a mermaid. I like to think that this is Poinsettia herself, although she is a good deal more attractive than the wild-haired, long-nosed protagonist described in the pages of the story. Anne’s mother June thinks that Anne probably couldn’t bring herself to draw an unattractive mermaid. 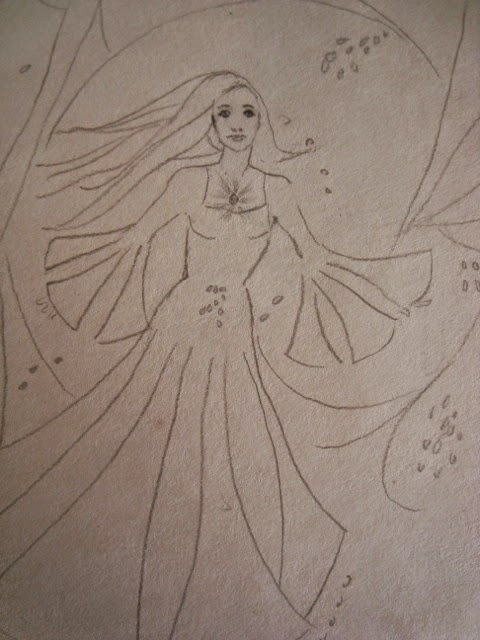 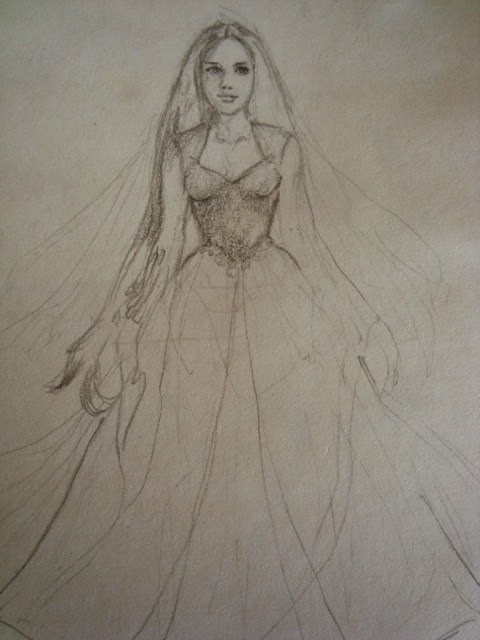 While I'm not certain that these images relate directly to Anne’s story, they all come from the same sketchbook with the mermaid image in it, and probably relate to the same time period when the fantasy novel was being drafted. At any rate, they make a very nice accompaniment to the text. 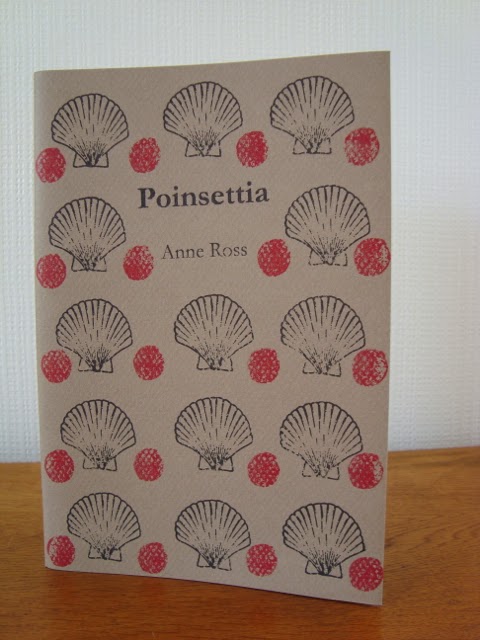 The book has a hand-stamped cover with shells and red dots and a seahorse stamp on the title page. 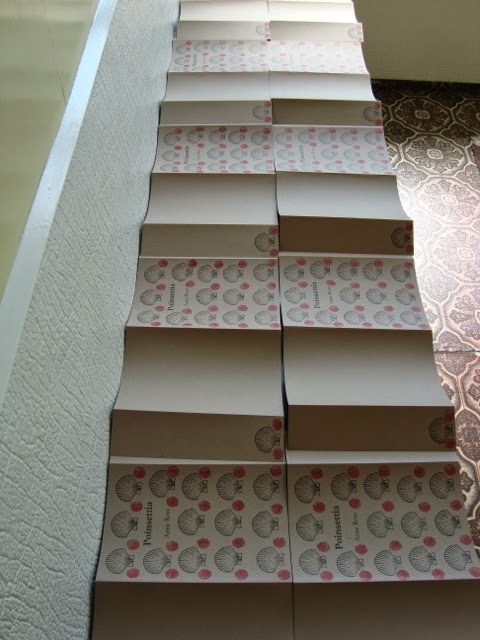 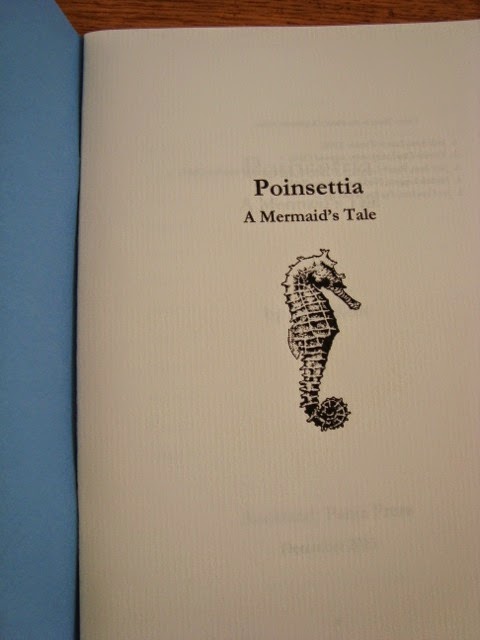 Poinsettia was published in December 2013 in a gift edition of 30 copies.